Another member of the Elite is bound for the NBA.

“I’m just happy, man. That’s my whole life. I’ve been proving people wrong my whole entire life. So this isn’t anything new,” E.J. said to a crowd of reporters at his family’s draft party. “I’ve been dreaming about this for a long time. I’m going to keep getting better.”

E.J. becomes the 11th BBE Alum to be selected in the NBA Draft.

After raising his profile with Bradley Beal Elite, E.J. chose from an abundance of scholarship offers to attend The Ohio State University. The Belleville, Illinois native spent three seasons at Ohio State, where he played in 92 career games and averaged 14.1 points and 6.1 rebounds per contest. He was a two-time First Team All-Big-Ten selection, just the 18th player in school history to duplicate that honor and the 16th to do so in consecutive seasons.

E.J. stood out in a big way as a junior for the Buckeyes in 2021-22, averaging 19.4 points, 7.9 rebounds, 2.5 assists and 2.5 blocks per game. He is just the third player in the last 30 years to average those numbers over an entire season. For his play this past season he was recognized as a consensus Third Team All-American. During the season he became just the 35th player in program history to eclipse 500 points in a season and the 33rd Buckeye to surpass 1,000 career points and 500 career rebounds. His 143 career blocks also rank seventh in Ohio State basketball history. 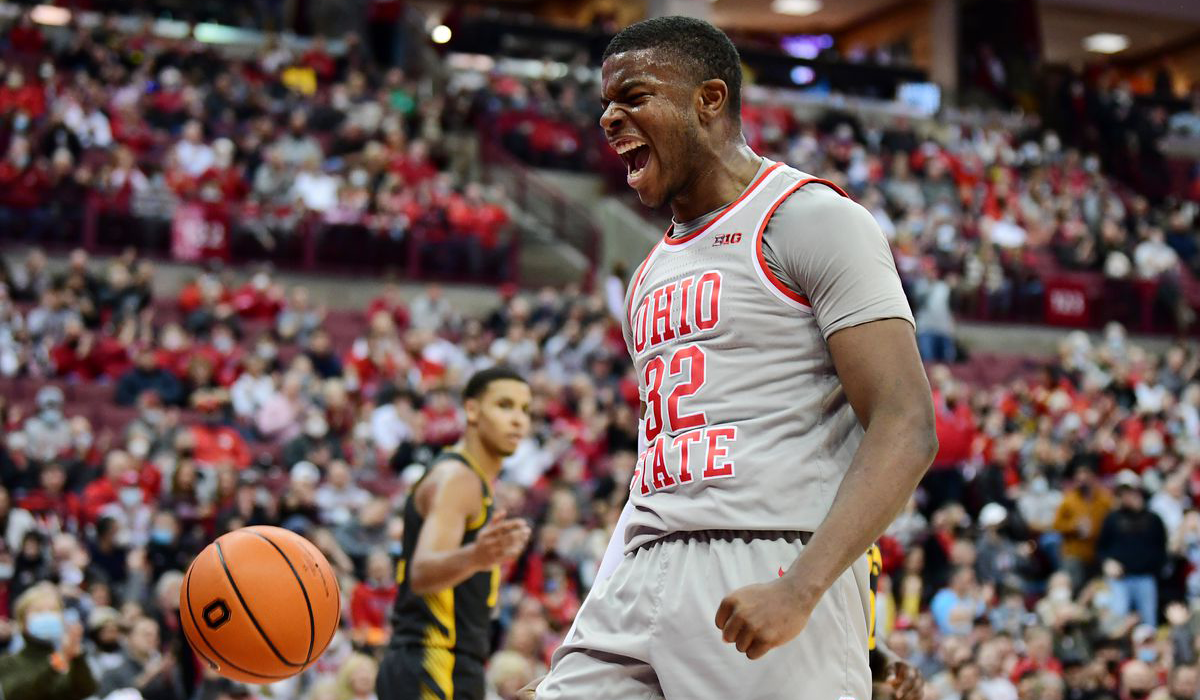 The 21-year-old joins a New Orleans franchise that is on the rise. New Orleans made its first postseason appearance in four years this past season, winning two games in the play-in tournament to enter the playoffs as the final seed. They matched up with top-seeded and Phoenix and gave the Suns all they could handle, winning two games against the 64-win Suns before eventually falling in six games.

“They have a great young core. They’ve been working hard. I watched them in the playoffs last year against the Suns. They really gave them a run,” E.J. said. “I just see they’ve got a lot of dogs on that team. So I can see myself fitting in.”

Pelicans GM Trejan Langdon was shocked and thrilled to be able to land E.J. in the second round and add him to a deep New Orleans squad.

“We didn’t think E.J. was going to be there at 41 at all. So for us that was a huge get.” Langdon said. “We watched him a lot during the season. He had a great season on both ends of the floor. He was the leader of that Ohio State team. 2.5 blocks per game at his size is amazing. [He’s a] physical player, switches out, high-level competitor and high-level young man.”

As for falling so deep into the draft and landing with the Pelicans, E.J. admitted it’s going to push him even more.

“I’m happy they took a chance on me and I appreciate them for the opportunity,” E.J. said. “Words can’t even explain [the motivation this gives]. It’s like a bottle full of [it].”