BBE’s Jeremy Fears Jr. shined on the international stage and for the seventh straight time, the USA U16 National Team took home gold from the FIBA Americas tournament.

Jeremy played a reserve role for Team USA, but managed to make an impact in all six games as the U.S. U16 Team remained unbeaten (37-0) in FIBA Americas history. Fears averaged 15 minutes per contest, pouring in 8.5 points per game on 54 percent from the field, while averaging better than three rebounds per game and nearly three assists and two steals per contest.

His best game came in the semifinal against Canada, Team USA’s toughest test of the tournament to that point. Jeremy scored 18 points in that contest despite playing just 17 minutes, showcasing an aggressive style that got him to the free throw line repeatedly to help the U.S. to a 99-81 victory that earned them a berth in the championship match.

That match, against Argentina, was another tough test for the U.S. The upset-minded Argentinians came out hot, outscoring Team USA 20-11 in the first to take an early lead. The Americans bounced back in the second but held a lead by the slimmest of margins at the break, 30-31. The game remained tight for most of the third quarter. But after a pair of free throws from Argentina tied it 47-47, the Americans went on a 7-0 run to take the lead for good. They led by nine after three and poured in on in the fourth to clinch the seventh FIBA Americas title in seven tries for Team USA since the tournament’s inception. 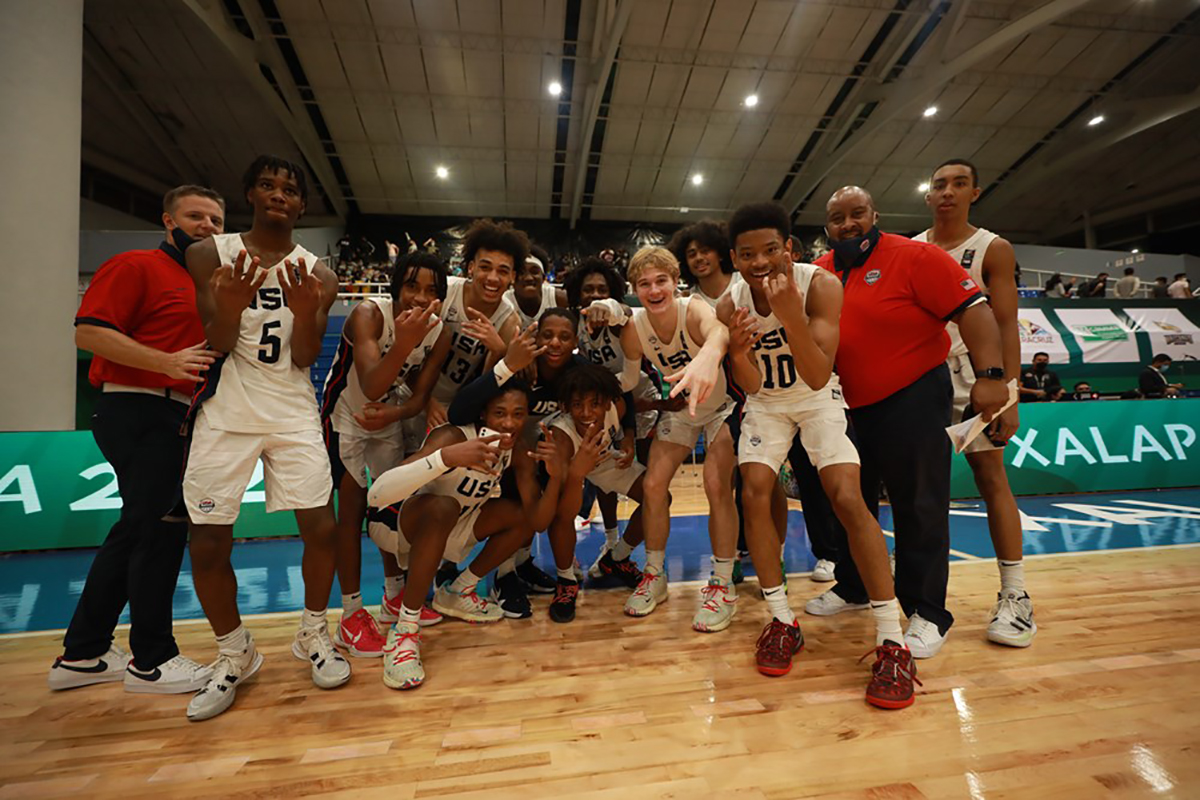 “I am extremely proud of these guys,” head coach Sharman White said. “In these kinds of conditions, when we’re dealing with a pandemic and for them to discipline themselves to be able to go out of the country, be away from their families for three weeks, and to be able to go through everything they had to endure and come away with a gold medal … I am just proud of each and every one of them. I’m proud of the staff, they did a great job of trying to keep everything together.”