The award ballots are in for last week’s Nike EYBL Peach Jam and runner-up Brad Beal Elite’s talented backcourt wasn’t short on honors from The Circuit.

Nick Smith Jr. was named to The Circuit’s Peach Jam First Team while Brandon Miller was not only a Second Team All Peach Jam selection, he also won top defensive honors for the tournament. It was Miller’s ability to do it all that earned him the selection according to The Circuit.

“Brandon Miller’s versatility was on full-display in mid-July, and it helped result in a trip to the Peach Jam championship game for Brad Beal Elite. The 6-foot-9 swingman proved fully capable of guarding the 1-through-5 positions – a trait that few prospects can confidently claim. Miller (247 Comp. No. 15) consistently put his stamp on the game defensively, averaging over two steals and two blocks over eight Peach Jam games. Brad Beal Elite had their best season ever at the 17U level, and Miller’s defensive prowess deserves a lot of the credit.” 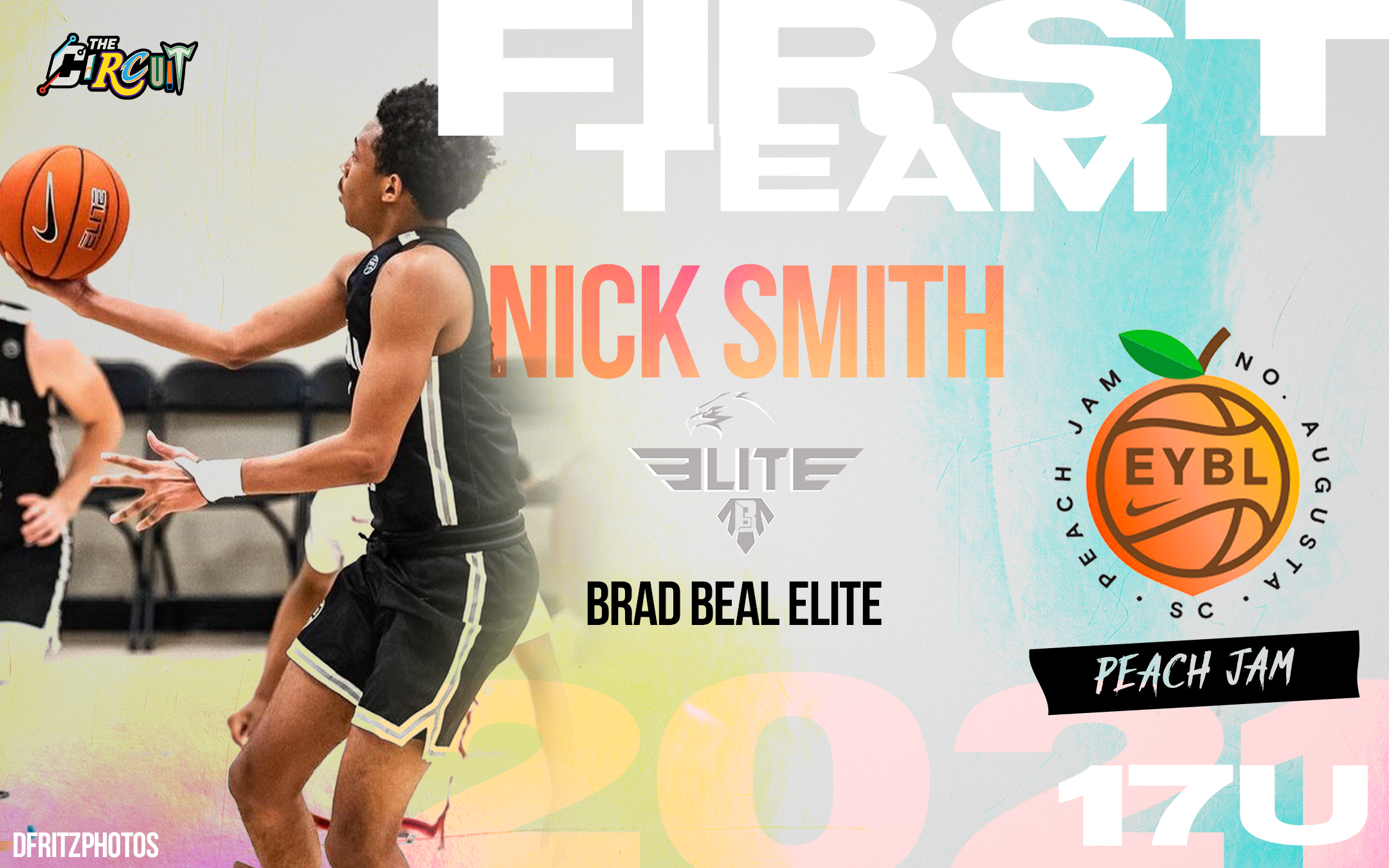 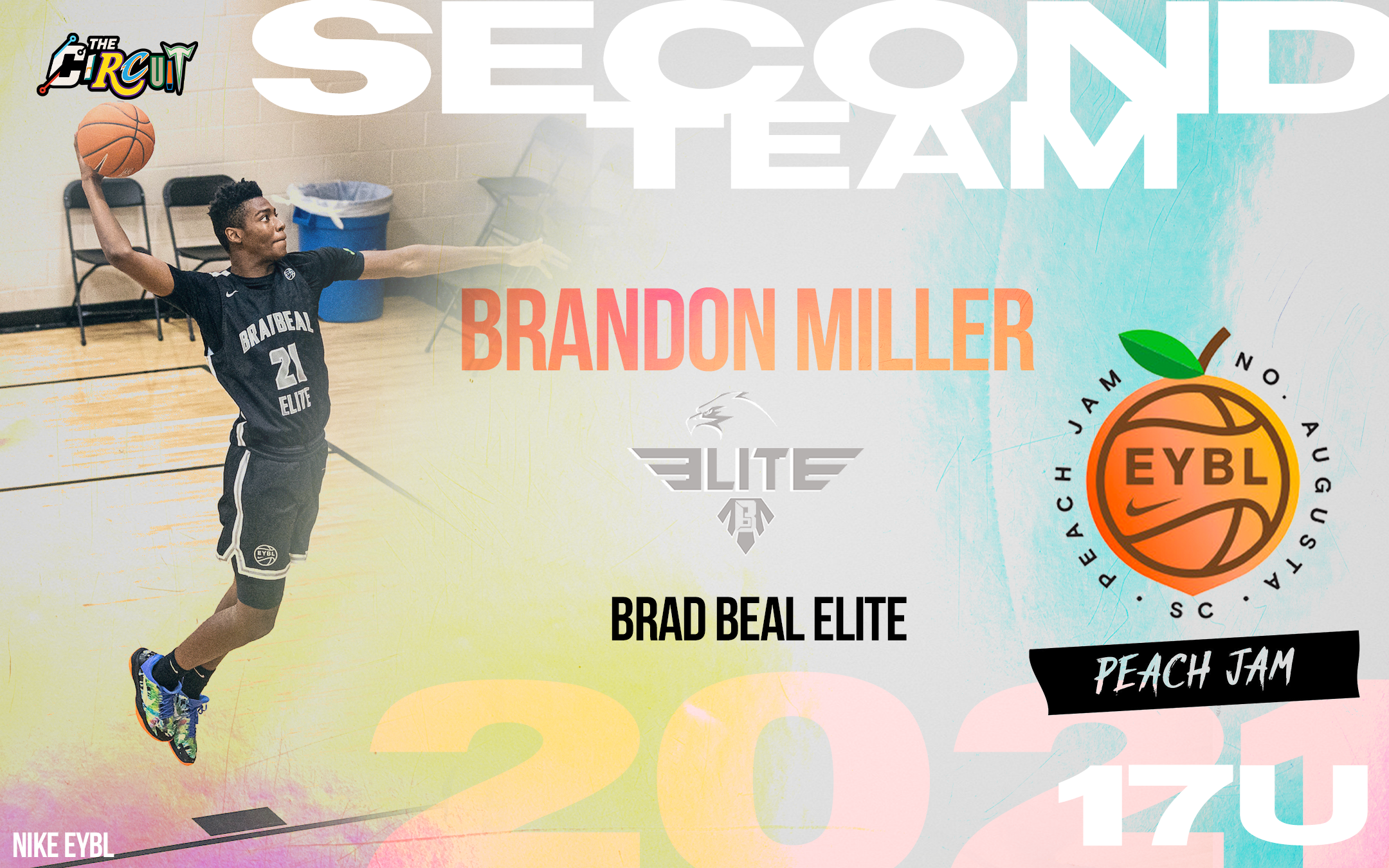 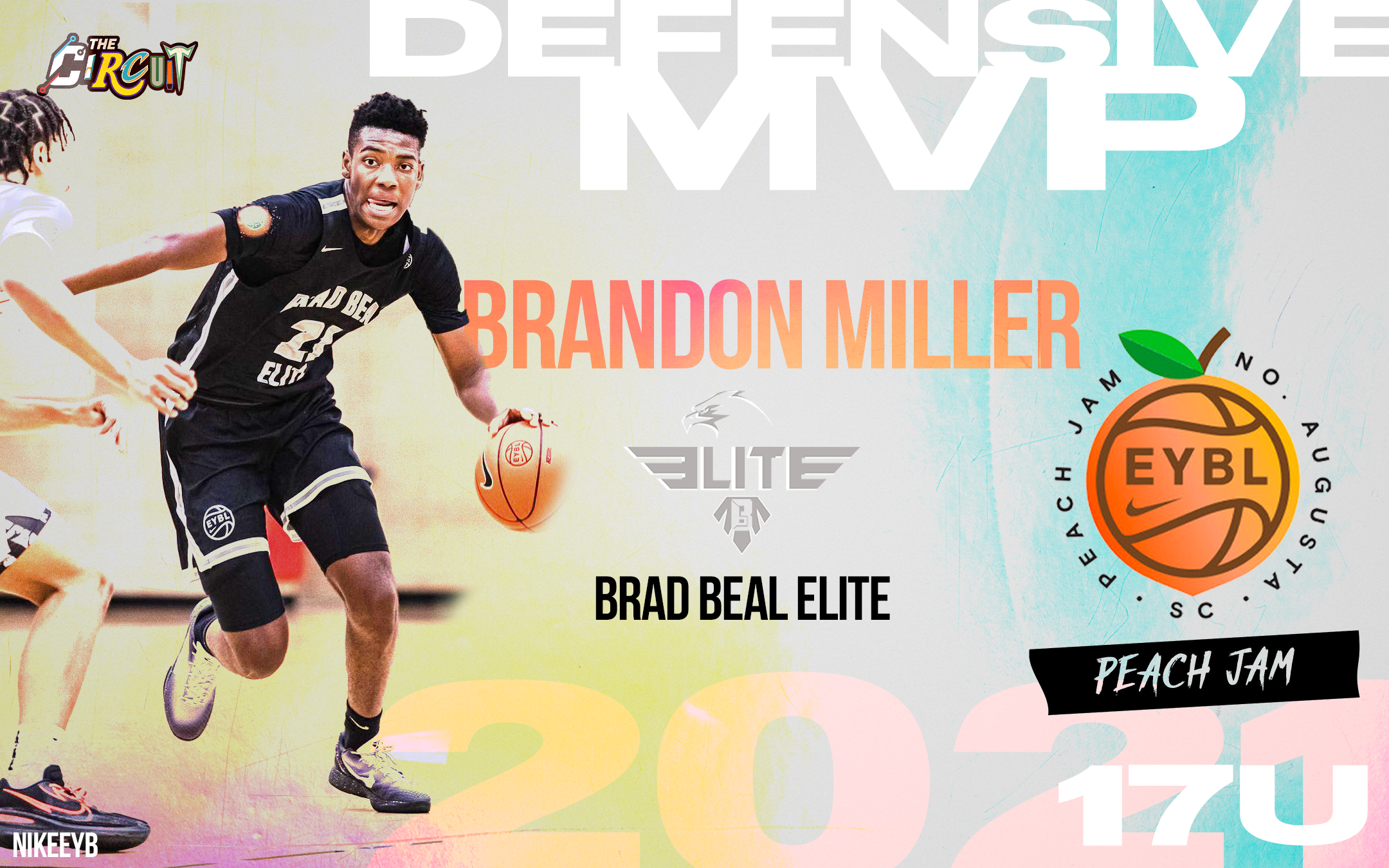