The NBA’s new play-in tournament was meant to create excitement and opportunity, and as soon as the Boston Celtics and Washington Wizards lined up in the bracket, all of St. Louis knew it would do just that.

The matchup between Bradley Beal and Jayson Tatum delivered on expectations and then some, with JT getting the best of this particular battle, dropping 50 points in a 118-100 Celtics win over the Wizards. Brad, who continues to fight through a hamstring strain suffered late in the season, did his best for his team, scoring a team-high 22 points in the defeat. After the game, BB was effusive in his praise of JT.

“He was excited about the game. He was up. And it didn’t matter who was in front of him,” Brad told reporters. “That’s something that I’ve been trying to tell [him] for years. It’s tough when you guard him. He’s 6’9″. He can get his shot off, he’s strong, and he can shoot the ball. He’s a three-level scorer. You’ve got to respect everything he can do on the floor. just tried to make it difficult for him, be physical. I know a lot of his moves, so a lot of it, I was there, but I’m only 6’3″. I wish I was 6’9″ with robotic arms, but he’s a special talent, man. I’ve been saying that since he was in diapers.” 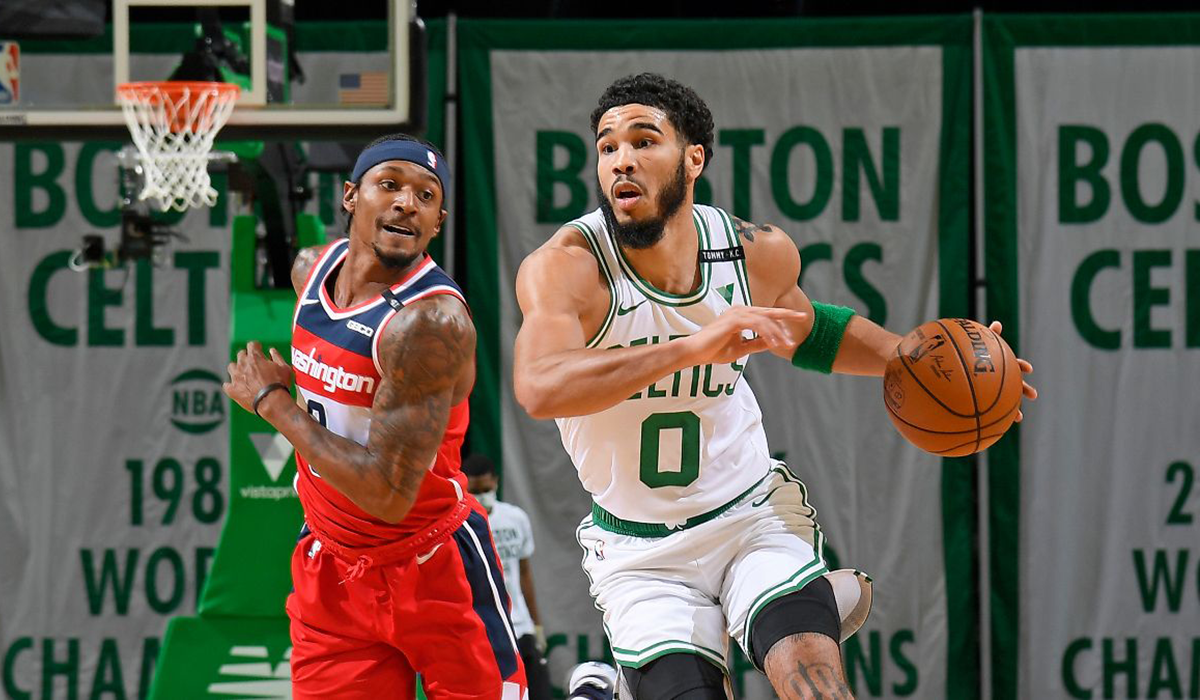 On the other end, JT noted that playing against Brad, a big brother to him in many ways, was more than enough motivation to get his game up on Tuesday night.

“I didn’t want to lose to Brad,” he said in a postgame interview with TNT. “I wasn’t going to hear that for the rest of my career. So getting this win against him, and feeling good about ourselves, it’s a good win.”