The face of Brad Beal Elite took his leadership to another level this past week, leading a Black Lives Matter march against police brutality in Washington D.C. on the Juneteenth holiday.

Brad, his teammate John Wall and other members of the Wizards joined Natasha Cloud and the WNBA’s Washington Mystics in the protest, “Together We Stand.”

Powerful stuff from the @WashWizards & @WashMystics this morning and from @Chiney321 & @KendrickPerkins at the top of The Jump. #Juneteenth pic.twitter.com/cDCgyBlUtl

At the end of the march, Brad spoke passionately on the significance of the day. One of the things Brad noted was the need for societal accountability. He said:

“It’s time we hold everybody accountable,” Beal said. “We got to call out lawmakers, state reps, district attorneys, judges, politicians and police unions. Everybody who deems themselves enforcers of the law have to be held accountable.”

Later, Brad also talked about his personal experiences of the police, and how the experience of being a father has motivated him to speak out about injustice.

“I have two young black boys I have to raise,” he said. “And the most difficult thing for me is just trying to channel how much different their lives are going to be from how I came up. But at the same time, it won’t be too different. They’re still going to face those same challenges down the line. I have to prepare them for that situation. It’s been difficult to grasp…but you can’t be silent about it.” 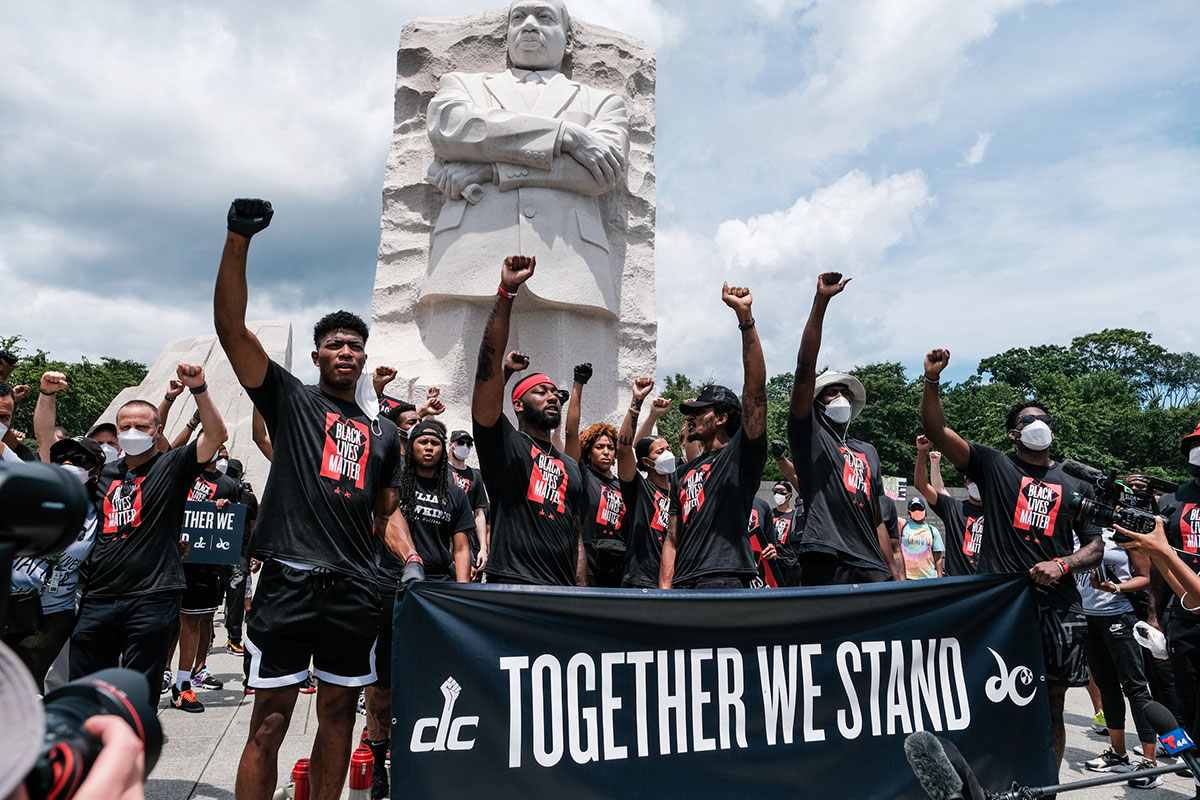 A video of all of Brad’s comments to the media—along of those of Natasha Cloud and John Thompson III—appears below. (A warning for parents and younger viewers: Brad quotes the profanity that the police used him with when he discusses his experiences being racially profiled.)